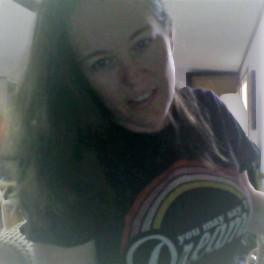 Last month, relationships were a hot topic on Love over Religion.  I examined Humanism as it relates to Christianity and was provided some wonderful insights by my readers. (Thank you!) I also discussed the very peculiar relationship of Jesus and his followers which, per the Bible, is one of betrothment. We even drew some comparisons between religion and romance gone wrong.

With Valentine’s Day right around the corner, I thought it would be fitting to dive a bit deeper into this topic of relationships. As I planned today’s post, it dawned on me that there was a very prominent relationship I haven’t discussed at all on my blog. The realization hit me like a ton of bricks. Or maybe it was more like a pile of feathers. I’m not hurt anyway, in case you were concerned. But thank you, if you were. (I digress. And I blame the wine.) At any rate, it is my relationship with religion itself. Religion, which has spanned most of my life and changed the course of it, time and time again. My original love-hate relationship.

I have seen enough and experienced enough to shout from the hills that I reject faith in any religion. At the same time, I have spent my life on a relentless search for spiritual truth, living in temporary, even pleasant captivity of one religion or another. I have been drawn into its web of stunning art and architecture, the haunting melodies of classical choirs, or Contemporary Christian pop that oozes with superficially positive messages, oblivious to its own dark undertones.

I am more of a hippie than a scientist. Before I am an atheist, I am a die-hard dreamer. I am spiritually wired to the core. Some of my all-time favorite lyrics come from the song  “Dear Believer,” by Edward Sharpe and the Magnetic Zeros.

Paradise has its hunter. Call me wise, call me fool. I don’t mind chasing thunder, because reaching for heaven is what I’m on Earth to do.

When I take heaven out of its Biblically literal sense, (the kitschy Christians-only club, with more bling than Snoop Dogg) I can relate to these lyrics. I am here to reach for heaven, if heaven means experiencing radical love for others, myself, and the Earth we share, living to the fullest, and being at peace with the choices I have made. I suppose this could be considered some form of spirituality, constantly reaching towards a utopian vision that lies just beyond the current, tangible reality.

On the other hand, when taken as literal truths, the teachings of religion can make my skin crawl. I have read stories of women who allowed themselves to die, leaving a husband and children to grow up and grow old without them, because they were taught in church that it was a sin to opt for their own life over the life of a fetus. I have spoken to young people who subsist in a state of oppression, depression, and desperation due to the religious climate in their home, or in their nation. (In fact, I’ll be interviewing one of these young ladies on my blog, later this month.) When I overhear four-year-old children on the bus telling their friends they are going to die and be punished if they don’t believe in Jesus, in those moments, I do hate religion. I hate it and love those oppressed by it, with a passion and fervor that demands these weekly blog posts, no matter how exhausted I may find myself on a Friday night.

Then I remember visiting Buddhist temples while I was in college. I can still smell the earthy incense, taste the vegetarian banquet afterwards. I recall peering into windows of cathedrals, on every vacation I’ve ever taken, to catch sight of the dreamy spill of color from their stained-glass windows. And there are hopes yet unfilled, all which embrace and encompass religion, a journey to India to see the statues of Shiva, or the Leshan Giant Buddha of China, or St Patrick’s Cathedral in Dublin.

This is when I love religion, when it is myth as it should be. When it is a collection of stories as exhilarating as the Iliad and the Odyssey, as enigmatic as the pharaohs of Ancient Egypt, as entertaining as the racy soap operas of the Greek Gods. If I don’t allow it to speak to me on a personal level, if I engage only in the art, the music, the architecture, the shared human experience of awe and wonder, religion is boss–that mystical story of the Star of Bethlehem, the psychedelic ponderings in Ezekiel and Revelation, the poetry of the Book of Job, dark and seeping with mythical creatures and beautiful angst.

I am reading God, by Reza Aslan, and enjoying it immensely. I am going on a pilgrimage through time, to the very roots of our beliefs in spirituality and the afterlife. The book exposes the evolution of “God,” as we relate to the concept today. As I “travel” through each time period, I google images of the caves, the temples, the gods. I am able, thousands of years later, to partake in this sense of excitement, this longing for the unknown, the unattainable, the unexplainable. I can fully grasp why early humans were compelled to create astonishing feats of architecture, for no purpose other than to honor imaginary beings. And then, when I really try, I can even understand some of the senseless sacrifices made by humans still today, in the name of this mysterious thing called religion.