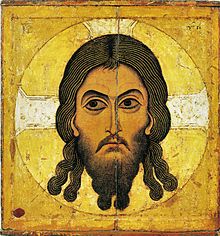 Who was Jesus? Some people claim he was only a myth and never truly walked the earth. Among those who believe he lived, opinions vary. Muslims claim he was a prophet. Buddhists say he was an enlightened person, having experienced many prior lives. A general feeling in the not-so-religious community is that Jesus was simply a good man, a proponent of love and peace.

Christians, generally speaking, dislike these theories. According to them, Jesus’ statements regarding his own divinity preclude him from being a prophet or a “good teacher.” Their stance is that his claims only allow for three possible realities. Jesus must have been the god he professed himself to be. If not, he was either crazy, or a deceiver, neither of which afforded him the status of “a good teacher.” This argument was made popular by CS Lewis, but was introduced back in 1860, by a Christian preacher named John Duncan. Duncan stated Christ either [1] deceived mankind by conscious fraud, or [2] was Himself deluded and self-deceived, or [3] was Divine. There is no getting out of this trilemma. It is inexorable.

Cool and confident, this argument struts its way from pulpits still today. It lands casually in the ears of Christians already convinced of its validity. It appears to be enticingly obvious. It is so comfortable with its own bodacious claim that you can almost hear it singing, “I’m too sexy for Milan, too sexy for Milan, New York, and Japan.”

But black and white statements like this contradict everything that makes religion what it is, a ginormous gray area filled with legend, mystery, mythology, verbal history, varied interpretations, and societal and political influence. We are talking about a movement with incredible power over societies, involving political strategies, as well as the ruminations of billions of humans, globally, over the course of two millennia. Regardless of my distaste for organized religion, I’d like to think that Jesus, his life and teachings are much more nuanced than a paltry trilemma.

As you probably suspected I would, I’ll tackle the trilemma anyway. For the sake of argument, let’s assume Jesus was a few fries short of a Happy Meal. Being crazy doesn’t mean his life work ought to be immediately discarded as irrelevant. Our human history has long been graced with “eccentric,” but impactful characters.

Take Pythagoras, a Greek mathematician who invented his own insane religion. We disregard the cray-cray and continue to study his theorems in math class. Michelangelo, who created some of the world’s greatest art, suffered from what appeared to be mental illness or severe autism, exhibiting extreme reclusiveness and refusing to bathe or remove his shoes. Nicola Tesla, whose contributions to technology are unparalleled, lived with oppressive OCD. Jonathan Swift, author of Gulliver’s Travels, went crazy and attempted to rip out his own eye. Famed writer Edgar Allan Poe descended into a madness that consumed him upon his wife’s death. Ever flirting with the dark side of his own imagination, Poe’s insanity served to further fuel the nightmares that spilled from his pen.

I won’t even go into the countless colorful characters who have led revolutions, left their marks on pop culture, performed rock and roll, created classical compositions, run in political races, made scientific discoveries, or taught in universities. Passionate zealotry is what puts people on the map of human history, and even makes them best in class. There is no correlation between insanity and irrelevance. Duncan’s view that Jesus could not be a good teacher or an impactful individual if he were insane is simply unsubstantiated.

But what if he were a liar? Well, if his motivations were political or based on advocacy for human rights, some deception is admissible. Take for example the D-Day landing in Normandy. Allied generals employed a complex strategic deception, complete with false radio broadcasts and decoy tanks, to fool Hitler. This operation culminated in the retreat of the German army and victory for the Allied Forces. The fact that these generals used clever deception to battle Hitler’s forces made it no less noteworthy or heroic.

In the first century C.E., during the time Christ would have lived, most rulers were equated with gods. I snagged this concise explanation from the Bart Erhman Blog, the History and Literature of Early Christianity:

Sometimes military men/political rulers were talked about as divine beings.  More than that, they were sometimes *treated* as divine beings: given temples, with priests who would perform sacrifices in their honor, in the presence of statues of them.  Does that make the person a god?  In many ways they would be indistinguishable.  If it walks like a god and quacks like a god…

During that time, nations were bound to whatever divine being they worshiped. Politics was religion. There was no way to instigate a rebellion or plot a revolution, without a god-figure to lead it. Would it surprise you to know there was a temple erected to Jesus’ contemporary Julius Caesar, with the inscription, “Universal savior of human life?”

Seems very possible to me that Jesus, analyzing the situation, was using the appropriate jargon to stir up a grassroots movement.  Would you agree that telling inspirational stories about divine power, (which was completely commonplace for the era) is different than outright deception? For all we know, Jesus’ followers were completely on board with the “deception,” and were using it to recruit strength in numbers. Stripping the Pharisees of their religious influence, and uniting Jews and Gentiles to impact Roman rule would have been a good strategy for alleviating the religious and governmental oppression faced by Jesus’ generation. In fact, Christianity did have a lasting effect on the Roman empire, resulting in freedom of religion, release from the strenuous Jewish law, and monetary support for the poorest segment of the population, including widows and orphans.

So for today, I’ll leave you with the thought that Jesus could have been a wonderful teacher, even if it was insanity that led him to believe he was God. I also believe he could have been a wonderful influence on the society of his time, despite using the same culturally-necessary untruths other powerful leaders employed, to gain momentum for his movement. All these years later, we are still attributing victories to “God,” be it on the battleground or the football field. When we do so, we are falsely acknowledging a “pact” with the supernatural. We are making a claim that we don’t know to be true, but one that is culturally acceptable for our times. Is that any different from leaders claiming an intimate connection to supernatural beings, 2000 years ago?

All that said, I’m not convinced of the trilemma, personally. I believe there are at least three other possibilities that would account for Jesus’ apparent claim of divinity. As I’m not much of a historian, I’ll have mercy on myself and resume this topic next week, with what will be henceforth known as a hexalemma.

I know. It sounds witchy. I could have gone with sexilemma. It was a toss-up.